← more from
MoonJune Records
Get fresh music recommendations delivered to your inbox every Friday.
We've updated our Terms of Use. You can review the changes here.

The Sound Of The Earth 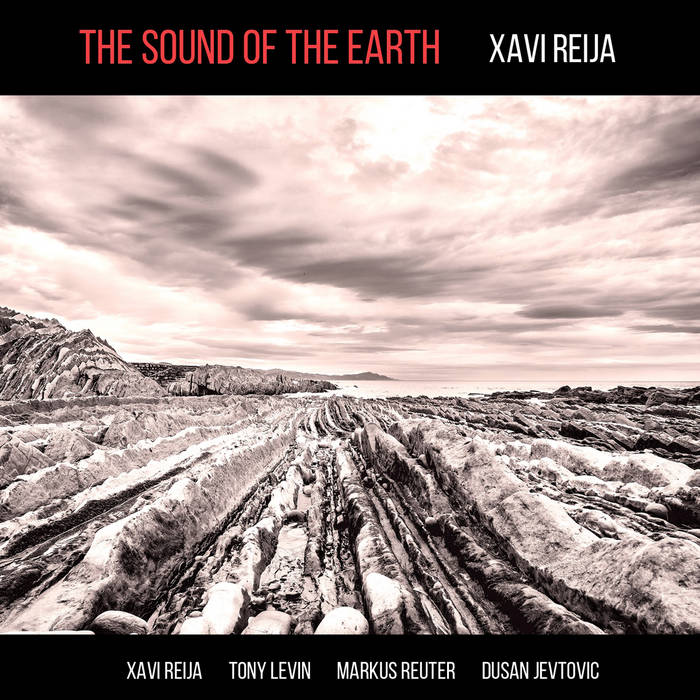 blox A hint of King Crimson.

Peter Jones Melt. This music just lets you let yourself be absorbed. Four gifted musicians work so smoothly together delivering this work, all you need do is relax and enjoy. There aren't words beyond that.

Carsten Pieper And once again, MoonJune Records brought together an astounding line-up. Well, Xavi Reija and Dusan Jevtovic have been XaDu and Tony Levin and Markus Reuter are two-third of the Stick Men. Here all four join forces and present an outstanding instrumental progressive rock album which feels very jazzy in places. Highly contrasted (in dynamics and mood) sound sculptures with plenty room for improvisation and interplay... Favorite track: Deep Ocean.

gibal Really exciting album featuring varied and interesting playing with a solid groove running down the middle. One of the gems that make you love Bandcamp! Favorite track: From Darkness.

Josh Donald This is a hell of a prog rock release. The level of musicianship is off the charts. I buy anything that Tony Levin is on. And usually I am not wrong on doing this.

And purchasing this release I learned about two more musicians I was unaware of.

The Sound Of The Earth Notes by Dan Burke

First heard on Xavi and Dusan’s inspired 2014 album, “Random Abstract” by XaDu, “Deep Ocean” starts things off with a fanfare of muscular guitar and cymbals crashing like waves on the rocky coast, carving out the beach and unearthing a primal groove with growling bass and jittering spectral figures. “The Sound of the Earth I” brings to mind David Sylvian’s post-Japan near ambient instrumental excursions where space and pause became as integral to the “composition as place” as his trusty Prophet 5. Once this world is created, and with a decidedly Beckian vibe (Jeff, that is), Dusan wrings from the neck of his guitar, some of the most emotive broken phrases and edited soulful voicings.

“From Darkness” finds Tony’s minimalist bass pulse in 5/8 with snare/kick serving as the groundwork for Dusan and Markus’ spiraling moebius strip guitar riffery. There is a slightly frenzied insistence to this track which serves as a great counterpoint to the more atmospheric work.

Leading off with playful skipping brushwork and a rich and supple Levin bass groove, then painted with Reuter’s ominous stained and weathered guitar tones, “The Sound of the Earth II” is a dark canvas of shifting clouds of color. Dusan’s skittery clipped chords and abbreviated lead lines bring necessary tension for the fluid guitar phrasings which seem to erupt and then run down the face of this 12 minute tone painting. “Serenity” is an inspired atmospheric piece which features an abstracted melodic lead buoyed by an insistent tamboura-like repeated wavering note. There is enough creativity and inspiration in this one track to feed a whole album’s worth of music.

Beginning with a deep space Curtis Mayfield vibe, “The Sound of the Earth III” unfolds slowly with a practiced teasing restraint that allows the music to bloom naturally. “Lovely Place” finds the notes of Dusan’s guitar projected, like light, into a prism and coming back as a myriad of shimmering colors. Reuter’s stellar fluid guitar solo has a heroic and almost “Hotel California” build and break before returning to Dusan’s delicate finger work.

At nearly 17 minutes long, “The Sound of the Earth IV” would feel right at home on side 3 of a double Kosmiche Musik LP from 1969. This is heady stuff with lots of room for some really spirited interplay. Markus inspires this kind of creativity with his willingness to step way outside of the comfort zone. The musicians feel as though they’ve played together for years. In “Take a Walk” Dusan knits a lean triplet argeggiated guitar riff into a tight braid to give structure while a swaggering monster groove builds and builds, all the while tugging mercilessly at the yarn of his guitar until it temporarily unravels into a series of more tentative notes and slightly bent chords.

You can feel the room in this recording and, by that, I mean you can sense both the physical space and the emotional space between these four gifted players. There is a level of trust and comfort here that puts the listener at ease and ready to take the ride. Band leader and Catalan drummer, Xavi Reija and Serbian-born guitarist Dusan Jevtovic have worked together on numerous projects these past few years and have become an intuitive musical unit. Born in Boston, Tony Levin, with his impeccable pedigree from Herbie Mann and Chuck Mangione to Peter Gabriel and King Crimson as well as his own 10- year ongoing project Stick Men, along with fellow Stick Men, Crimson ProjeKCt and Centrozoon member German-born Markus Reuter, have likewise developed a common language communicating through music.

Such heartfelt and enthusiastic playing is in short supply these days. This is not music pigeon-holed for easy consumption, rather, it challenges and rewards more and more with each listening. So put down your phone, lower the lights and prepare to experience the gift of this inspired recording.

Mille Petrozza stops by to talk about the new Kreator album, plus music by Trauma Bond